Watch out my Christian friend . . .
for the stumbling blocks Satan lays
he’ll sneak them out in front of you
to throw you off the righteous ways.

He’ll point out all your weaknesses,
in hopes that you will buckle and cave
he’ll make you feel pathetic
so to his lies you’ll become a slave.

He’ll tell you that you’re no good,
God wants nothing to do with you
he’ll throw your sins in your face
so his sham you won’t see through.

He’ll cause you to stray off the course,
with lustful thoughts for worldly things
he’ll let you think you deserve them
so you won’t know the deceit he brings.

He’ll make you question God’s love,
whether for you He really cares
he’ll tempt you with fear and doubt
for they are two of his biggest snares.

Watch out my Christian friend . . .
don’t let Satan cause you to stumble
lest the blocks he puts in your way
will cause you into his pit ~ tumble!

But I fear, lest by any means,
as the serpent beguiled Eve
through his subtilty, so your
minds should be corrupted
from the simplicity that is
in Christ. 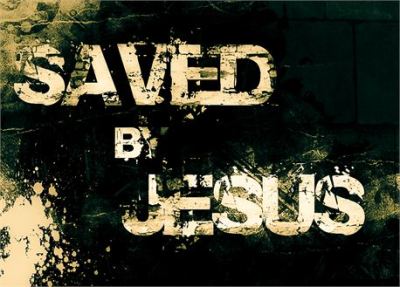 I have walked on this earth,
for many, many years . . .
I’ve stumbled and I’ve fallen
over my doubts and my fears.

Many times I have thought,
another step I could not take
and life’s troubling journey
I just did not want to make.

I struggled with the frantic pace,
I wrestled with the anxious stride
until the day, I came to realize
I was marching to my own pride.

I knew I needed deliverance,
from the course that I was on
and that is when I felt my life
to God being forever drawn.

He set me on a new path,
and saved me from the pit
He found me not guilty
and my sins, He did acquit!

“Blessed is he whose transgression is forgiven,
whose sin is covered.”

I’m a survivor,
I beat the odds
no longer trapped
in Satan’s claws.

Freed from evil,
the effects of sin
ever since Jesus
in my life came in.

Released from hell,
in that awful pit
no longer stuck
in the mire and grit.

He took my sins,
carried them away
then in my heart
He came to stay.

Loosened my soul,
from the ugly stain
opened heaven’s door
unlocked the chain.

I’m a survivor,
Jesus saved me
from sin’s darkness
I am set free!

“For if God spared not the angels that sinned,
but cast them down to hell, and delivered
them into chains of darkness, to be reserved unto judgment;”

Thoughts, Feelings, and What I Know to be True

A blog sharing my Catholic Faith. You are LOVED!

Thoughts from a Minimalist Christian

An honest look at big questions

Shepherding women to live rooted in the virtues of Proverbs 31.

It's a beautiful day in my neighborhood . . . won't you be my neighbor?

A simple Christian listening to the Holy Spirit

Reflections from the Pew

"And the Word became flesh and made his dwelling among us, and we saw his glory!" John 1:14

Try to get it!

My thoughts around Koraan(moslem's holy book)..

Reflections about Faith, Nature, and Writing by Carole Duff

Living life to the fullest!

comforting by the comfort wherewith we are comforted

Ladies for Jesus Inspiring The Walk

Devotionals from Ladies for Jesus to inspire you to deepen your walk with Jesus!

Seeing The Beauty In The Mess Of Us

The Ultimate Reconciliation of All

An Outreach of Sixth Seal Ministries

A ministry of the Word

My Tales of Parenting and Other Crap

Changing one life at a time

Help for Partners of Sex Addicts

If you are the spouse or the partner of someone who’s been trapped in a sex or pornography addiction then you know how isolating and traumatic it can be. If this is something you've experienced, then we are here to offer help and support.

from a spark to a flame

fan into flame the gift of faith

Give us this day our daily bread!

The Blog of Patrick Vincent

God is Good. All the Time.

Making connections between the Word and the world

The Joy of the Lord is our Strength

Find Christian links to help you stay informed and get involved

The Mark of god: understanding your "I AM Presence"

For those of you who find this page, it is due to Divine Guidance, since theses Messages are Spiritually Potent, and are not to be taken lightly. There may be a Message found here that is helpful and necessary in your lives at this time, and the reason you find yourself here. Feel free to read the posts at your own pace, and research things for yourselves for clarity; cuz only you know what feels right to you...Amen! If you visit the page out of curiosity only, then you will probably move on eventually, for the message here is a soulful and spiritual one, enabling those who are sincere and ready, to accelerate in growth of consciousness, and for those ready to serve as a Beacon of Light for all of humanity. Let us continue... Win Ruffin

Exalting the name of Jesus through Christian essays

Growing together in the grace of God.