I will sing to You my Lord,
about Your faithfulness
I will praise You all my days
to show my gratefulness.

I will lift up my voice,
sing my hearty praise
I will hold my head up high
as my gratitude I raise.

I will sing to You my Lord,
about Your loving kindness
I will praise Your holy name
to show to You my fondness.

I will lift up my arms,
sing my heart out to You
for You are so good to me
in all the things You do.

I will sing to You my Lord,
about your grace bountiful
I will sing of Your mercy
abundant and plentiful!

“I will sing unto the Lord,
because he hath dealt
bountifully with me.” 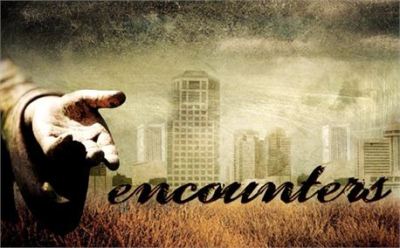 When I saw Him from a distance,
I ran and followed after Him
I believed all that I needed
was just a touch ~  of His hem.

For years I have been shunned,
turned away by those around me
so I hid myself in the crowd
praying my shame ~ He wouldn’t see.

As He passed  by I reached down,
and took from Him, my cure
for this man that they call Jesus
I knew He’d heal, if my faith was pure.

He stopped and called me His daughter,
when my belief in Him I revealed
and from that very moment
from my disease I was healed.

He bid to me to go in good comfort,
saying my faith had made me whole
I believe  as  I touched His hem . . .
He imparted His favor onto my  soul.

There is a moral to my story,
never be too ashamed of your illness or sin
for Jesus still  heals our weaknesses
if you just let Him touch you ~ from within!

“And, behold, a woman, which was diseased
with an issue of blood twelve years, came
behind him, and touched the hem of his
garment: For she said within herself, If I
may but touch his garment, I shall be whole.
But Jesus turned him about, and when he
saw her, he said, Daughter, be of good
comfort; thy faith hath made thee whole.
And the woman was made whole from that hour. “

Feast On The Lord

Jeremiah 29:13 You will seek Me and find Me when you search for Me with all your heart.

Proclaiming the good news of Jesus and His return

You Think Too Much!

thoughts and sermons from Jeff Voegtlin

Here I Am, Lord - - tqministries.com

"Christ the Power of God and the Wisdom of God."

Spreading The Gospel Of Jesus Around The World

Reflections on life, family, ministry and my gospel journey

Women of Faith on a Christ-led Journey

“This is what the Lord says: 'Stand at the crossroads and look; ask for the ancient paths, ask where the good way is, and walk in it, and you will find rest for your souls

My Personal Journey with Jesus Christ!

Sharing the Gospel Truth of the Salvation Jesus Christ for Such a Time as This...

Hear the Matter: Proverbs 18:13
a lamp and a light

Living a Life of Worship

Experiencing the Divine while walking on earth.

Writing about the Gospel of Jesus Christ

A blog at the intersection of culture & faith

"Believe in God, that raised Christ up from the dead, and gave him glory; that your faith and hope might be in God." 1Peter 1v21

Sharing My Journey of Faith And Experience

Where Life, Ministry, and Culture Meet

If Not For Grace
speaktothedarkness.wordpress.com/

Dare to Bear the Choicest Fruit

KINDNESS IS FREE, sprinkle it all over the world and 😁 smile

A daily dose of encouragement from God's Word

Every day applications of biblical truth

Devotionals on A COURSE IN MIRACLES, A COURSE OF LOVE, THE WAY OF MASTERY, CHOOSE ONLY LOVE, and MIRARI . . .with Celia Hales

A Call To The Remnant

Because home wasn't built in a day.

All About Knowing & Loving Who You Are 🙌

Be not overcome of evil, but overcome evil with good.

Gaining a heart of wisdom